A native of Minnesota, I first discovered an enthusiasm for glass while using traditional pottery glazes in high school. Attempting to achieve maximum metallics with raku firing, I experimented with the craze of the glaze and compatibility. In 1981, working in the St. Cloud State University hot glass shop, a second gather of glass found its way to the floor. In an instant, seeing the swiftly growing puddle, I decided to continue blowing a cup and to turn that pool on the floor into the foot of my first goblet. Glass fever rapidly took over.

In 1984, I began a two year apprenticeship with James Clarke in Boulder, Colorado. I returned home to attend the University of Minnesota and was in the studio daily, looking out over the Mississippi River, often enjoying midnight to 4am blow-times. I received a BFA in 1986 before heading back to Colorado to work in several area studios. In 1989, I moved to Washington, and became a part of the Artist”s Co-op of Whidbey Island, working with many inspirational people. I also taught pre-school, worked in social services, studied Reiki, and built my own glass studio. In 1998, I overloaded a U-Haul and brought it all back home to Minnesota. I opened Al’s Center Saloon in Center City in 2000 and welcomed a son in 2002. In 2005, I joined Foci – Minnesota Center for Glass Arts, in Minneapolis, as a studio artist, mentor, and instructor, doing demonstrations on and off site.

Appreciation and respect for the glass is my most significant influence. I’m exhilarated by the demands of the process and enjoy meeting the challenges of timing and intuition required. In the studio, it’s important to stay in the moment, open to the ever-present opportunity to defy gravity with only a few sheets of newspaper between my hand and the molten glass. While glass artists often work in teams, I prefer a solo practice as I design and create sculptural and functional work.  Form is my first consideration; I focus on tactile surface textures that enhance reflections and interior views as I shape goblets, tumblers, vases, bowls, hats, drums, and fish, remaining open to whatever fun challenges come up.

and   HERE: video by Laurie Ryan

(more about the neighborhood at chisagolakes.org)

Al is a member of ArtReach St. Croix

4 thoughts on “About Al” 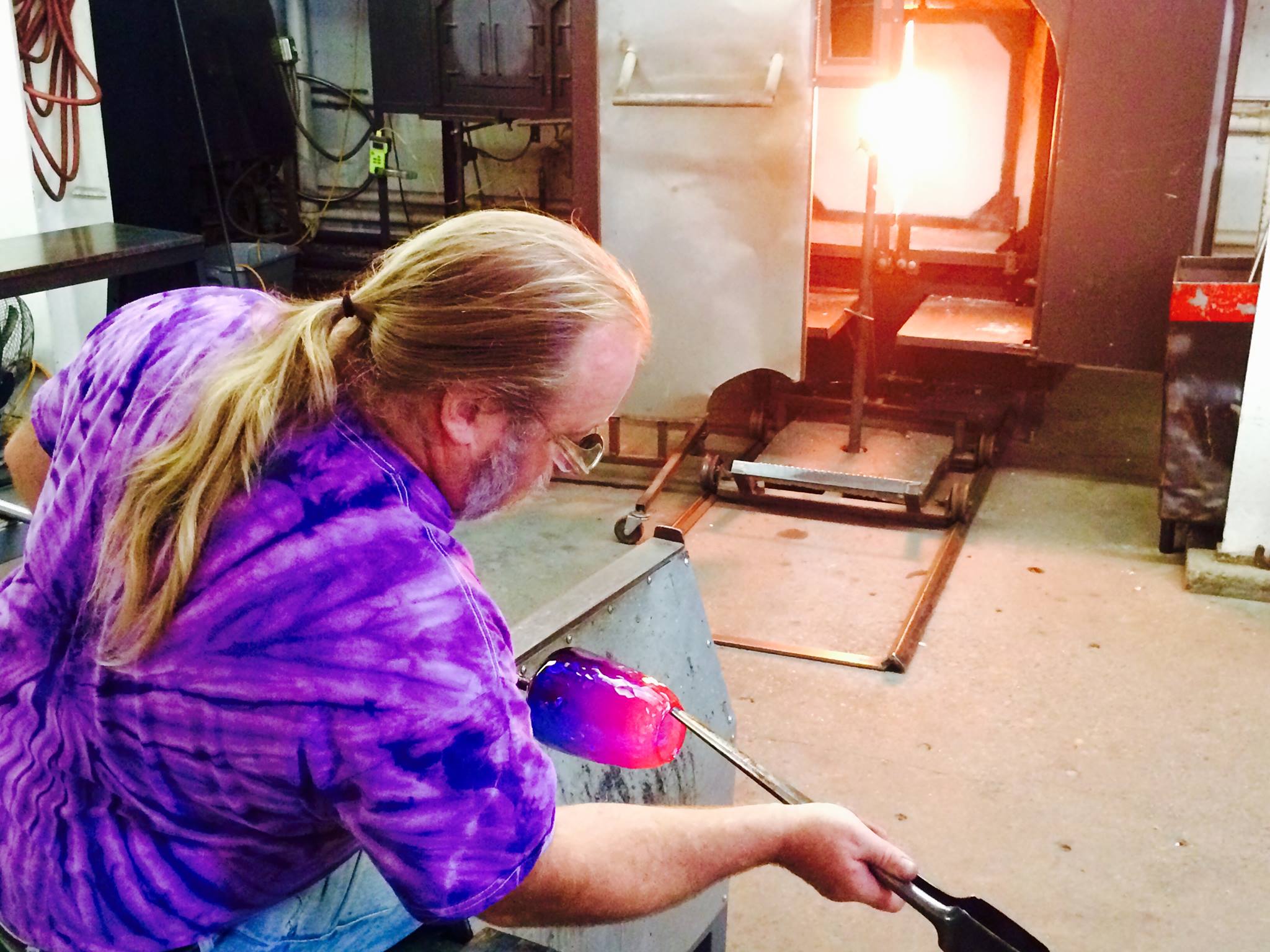